Phobos ransomware appeared at the beginning of 2019. It has been noted that this new strain of ransomware is strongly based on the previously known family: Dharma (a.k.a. CrySis), and probably distributed by the same group as Dharma.

While attribution is by no means conclusive, you can read more about potential links between Phobos and Dharma here, to include an intriguing connection with the XDedic marketplace.

Phobos is one of the ransomware that are distributed via hacked Remote Desktop (RDP) connections. This isn’t surprising, as hacked RDP servers are a cheap commodity on the underground market, and can make for an attractive and cost efficient dissemination vector for threat groups.

In this post we will take a look at the implementation of the mechanisms used in Phobos ransomware, as well as at its internal similarity to Dharma.

This ransomware does not deploy any techniques of UAC bypass. When we try to run it manually, the UAC confirmation pops up:

If we accept it, the main process deploys another copy of itself, with elevated privileges. It also executes some commands via windows shell.

Ransom notes of two types are being dropped: .txt as well as .hta. After the encryption process is finished, the ransom note in the .hta form is popped up:

All local disks, as well as network shares are attacked.

It also uses several persistence mechanisms: installs itself in %APPDATA% and in a Startup folder, adding the registry keys to autostart its process when the system is restarted.

A view from Sysinternals’ AutorunsThose mechanisms make Phobos ransomware very aggressive: the infection didn’t end on a single run, but can be repeated multiple times. To prevent repeated infection, we should remove all the persistence mechanisms as soon as we noticed that we got attacked by Phobos.

The ransomware is able to encrypt files without an internet connection (at this point we can guess that it comes with some hardcoded public key). Each file is encrypted with an individual key or an initialization vector: the same plaintext generates a different ciphertext.

It encrypts a variety of files, including executables. The encrypted files have an e-mail of the attacker added. The particular variant of Phobos also adds an extension ‘.acute’ – however in different variants different extensions have been encountered. The general pattern is: .id[-][ 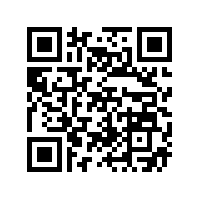