Last week we gave some important tips on how to secure your privay on Android and we warned our readers about a new iCloud scam and unraveled a new Mac Malware known as OSX.Dok.
Tech support scammers can be very convincing, so we showed you how you can determine whether you are dealing with the actual company or someone pretending to be their tech support. Also, Tech support scams are so lucrative that some PUPs, specifically “system optimizers”, decided to increase their playing field to include scamming.
We also made a start with a new series about Adware and took a quick peek at the changes the Terror Exploit Kit is going through. And we gave you a more detailed overview of how the EITest campaign tries to trick users into downloading a fake font file.
We realize how all this advice can be overwhelming and posted some tips on how to fight security fatigue.
Below are notable news stories and security-related happenings:
Researchers at the University of Michigan discovered a security hole present in hundreds of applications in the Google Playstore.
Hajime Botnet Reaches 300,000 Hosts With No Malicious Functions.
Network management vulnerability exposes cable modems to hacking.
Facebook is being manipulated by nation states to act as an “information operations” platform.
Russian Hackers Target French Presidential Campaign.
Sneaky ‘fileless’ malware flung at Israeli targets via booby-trapped Word docs.
This is what has people feeling queasy at Chipotle now.
Researchers at the New York University claim to have found a serious flaw in some of General Electric Multilin products.
This Tricky Phishing Scam Manages to Impersonate Legitimate URLS. 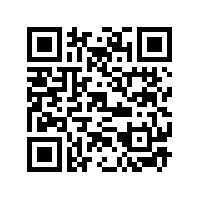