Over the last week, we have covered Play Protect, android’s new security system and how the Dutch police ran Hansa Market after the take down of Alpha Bay, both major players on the Dark Web. We also provided some tips on how to stay cyber safe this summer. We also saw how the Terror exploit kit started dabbling in ad fraud, more specifically URL shortener fraud. And last but not least, we saw the adware series come to an end with a tools section.
Other security related news:
General
Chinese authorities in the province of Xinjiang are forcing locals of the Uyghur Muslim minority to install an app on their phones that will allow the government to scan their device for “terrorist propaganda”.
How the FBI found the Alpha Bay operator is a typical “we all make mistakes” but this one was rather painful.
Some people have no shame, as demonstrated by a hacker that abused the Twitter account of Chester Bennington’s wife to start some nasty rumors about the singers’ untimely death.
A Russian man who U.S. prosecutors say played a role in developing the sophisticated malware known as “Citadel” used to steal personal financial information from thousands of computers worldwide was sentenced on Wednesday to five years in prison.
Quantum computing would make today’s encryption obsolete. Quantum computing offers processing power so vast it may soon make today’s supercomputers look old and slow. This has an impact on how we should do encryption today, says Ribordy, a former researcher with Nikon Corp. in Tokyo.
Consumer
GhostCtrl, a new strain of malware designed for Android devices has recently been discovered, which not only can silently record audio and video, but can also monitor texts and calls, modify files, and ultimately spawn ransomware.
There were some alarming rumors about Windows 10 support being cut off early for some hardware configurations, but Microsoft has acknowledged this issue and has agreed to extend the support deadline.
Business
Healthcare Industry lacks awareness of IoT threat, largely operating under the assumption that traditional security measures for laptops and servers are fine for securing the medical Internet of Things.
Nuance Communications’ shares briefly fell Friday after the voice and language technology company said a recent global malware attack will impact its earnings.
A man using login credentials stolen in the Chipottle data breach earlier this year is wanted for stealing $17,000 from an ATM.

Good to know:
Malwarebytes can be found at BlackHat USA Boot 547 and at the RSA Conference Singapore Booth G11. Visit our stands if you are around!
Safe surfing, everyone!
The Malwarebytes Labs Team
The post A week in security (July 17 – July 23) appeared first on Malwarebytes Labs.
Click here for best antivirus and antispyware software 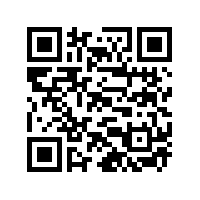