Social media caught fire yesterday as the news of a new Apple bug spread. It seemed that there was a flaw in FaceTime that allowed you to place a call to someone, but listen in on their microphone if they didn’t pick up. Worse, as the news spread, it turned out that there was also a way to capture video from the camera on the target device, and that this issue was affecting not just iPhones and iPads, but Macs as well.
The result was a chorus of voices all saying the same thing: turn off FaceTime. The good news, though, if you’re just tuning in now, is that this is completely unnecessary, as Apple has disabled the service that allowed this bug to work.
How did the bug work?
The bug relied entirely on a feature of iOS 12.1 and macOS 10.14.1 called Group FaceTime. If you are using an older version of iOS or macOS, you have nothing to fear.
The bug involved doing something a bit unusual with Group FaceTime. First, you would have to place a FaceTime call to your intended victim. Next, while the call is still ringing, you would need to bring up the Add Person screen and add yourself to the call. Doing this would invoke Group FaceTime, and the microphone of the intended target would be activated, even if they didn’t answer.
Capturing video from the target phone’s camera required one of two known techniques. One would be to hope that the recipient pressed the power button on the phone to “decline” the call, in which case the camera would turn on as well. (Of course, if they pressed it twice, as some have become accustomed to doing on iPhones in these days of scam calls, that would cut the video off again. But you’d still see a flash of video.)
Alternately, you could apparently join the call from another device, which would also turn on the recipient’s camera. (Although I was able to test and verify everything else, I didn’t know about this trick until after Apple disabled Group FaceTime, so I can’t verify this one from personal experience.)
What were the dangers?
To make this work, you would need to rely on the target not answering, which could potentially be orchestrated if the target’s activities were known and it was likely that he or she would both be disinclined to answer at the time of the call, and be doing or saying something of interest. (I think we can all think of at least one such activity!)
Fortunately, this did pretty much rule out generalized surveillance, though nonetheless, there were some valiant efforts (most likely pranks) in the brief time the bug was known.

This also didn’t open up an open-ended wiretap. FaceTime rings for a while, but not forever. At most, you might get about a minute or so of spying. It’s also not the stealthiest of attacks, since you’d literally be announcing yourself in the process.
All this means that the risks were fairly low for anything beyond a prank. I personally did not feel it necessary to turn off FaceTime on my devices. Once I was aware, I could have simply covered the camera and ended the call—or had a little fun with the caller by playing Rick Astley into the phone’s mic!
How was this resolved?
Apple temporarily solved the problem by disabling Group FaceTime on their servers. This means that you can no longer add people to a FaceTime call, so the bug currently cannot be triggered. Apple will undoubtedly release iOS and macOS updates with a fix for this bug.
It’s unknown how soon Apple will re-enable Group FaceTime after that update is released, so if you’re on iOS 12.1 or macOS 10.14.1, it will be of great importance to install the next update in a timely fashion! You don’t want to be caught with your pants down (possibly literally) on a vulnerable system after the Group FaceTime switch is turned back on.
How did this happen?
Apple has had an unusually large number of high-profile and embarrassing bugs of late, which has led many people to ask what has happened to Apple’s quality assurance process. This bug is no exception.
Worse, it appears that at least one person knew about the bug almost two weeks before the news broke, and had been trying to alert Apple.

It’s unknown at this point exactly which points of contact for Apple this person was using, so it’s entirely possible that the right people at Apple didn’t learn about it until they saw it on the news. Since Apple didn’t disable Group FaceTime until after the news broke, I would hope that this is the case. It would be far more concerning if the right people at Apple knew about the bug, but didn’t make the call to disable Group FaceTime.
What’s the takeaway?
Bottom line, at this point, there’s absolutely no reason to panic or to turn off FaceTime. If you turned off FaceTime, and you want to turn it back on, it’s safe to do so, as long as you don’t delay installing the next update. There’s no indication that FaceTime can be abused without having Group FaceTime available.
There will be some who cite this as a reason to delay installing system updates. They will say that you should wait and let others work out the bugs. However, this is questionable advice. If you stay on an old version of iOS or macOS, you are using a system that has known security issues. That’s a far riskier proposition than updating to a newer version of the system where there aren’t (yet) any known security issues. From a security perspective, you should always install updates in a timely fashion.
The post Apple’s FaceTime privacy bug allowed possible spying appeared first on Malwarebytes Labs. 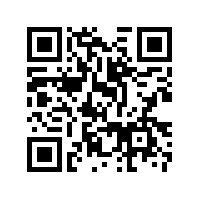