We have been witnessing a series of malvertising attacks that keep a low profile with decoy websites and strong IP address filtering. We are calling it the ‘Binary Options’ campaign because the threat actor is using the front of a trading company to hide the real nature of his business.
There have been similar uses of fake façades as a gateway to exploit kits. For instance, Magnitude EK is known to use gates that have to do with Bitcoin, investment websites and such, as detailed in this Proofpoint blog entry.
In this particular case, the threat actor stole the web template from “Capital World Option“, a company that provides a platform for trading binary options. Participants must predict whether the price of an asset will rise or fall within a given time frame, which defines whether or not they will make money. Binary options have earned a bad reputation though and some countries have even banned them.
Fraudulent infrastructure
Below is a screenshot of the legitimate website that is being impersonated. There are some differences between the real one and the fakes; the former is using SSL and was registered a while ago. Also, some of the website functionality is not working properly with the decoy versions.
Legitimate site:

Decoy site that ripped all the branding:

Those fake sites are only meant to be viewed if you are not a target of this particular malware campaign. In other words, if you load the infection chain from the malvertising call and see the site, you will not be infected. Infections happen when the fraudulent server forwards victims directly to a second gate, without showing them any of the site’s content.
The same threat actor has registered many different domains all purporting to be lookalikes using a similar naming convention. The recent creation dates for these decoy sites is a hint that they are not likely to be legitimate:
Domain Name: CAPITALWORLDOPTION.COM
Creation Date: 2017-04-04T09:15:14Z
Registrar: PDR Ltd. d/b/a PublicDomainRegistry.com
Registrant Email: detes55@mail.ru

Malvertising chain
The attack starts off with an ad call from one of a few ad networks (Popads, PlugRush were detected in our telemetry) and redirects users to the decoy website where a quick IP check is performed.

Only legitimate users will be redirected to the second stage server, which also performs its own check. Once again, unwanted traffic will be dumped (and a message – perhaps from the threat actor? – “No time for rent” passed in the URL):

Otherwise, users that have made it past those two gates will be presented with the RIG exploit kit.

Banking Trojan
The final payload consistently distributed via this campaign (across different geolocations) appears to be an ISFB variant (AKA Dreambot, Gozi, Usrnif), based off an old but resilient banking Trojan. Some of its features include web injects for the victims’ browsers, screenshoting, video recording, transparent redirections, etc.
The artifacts left on the system were very similar to those described in a Proofpoint blog about Dreambot and the samples we collected also download a Tor client. The registry entry for the Tor client can be seen below:

Modular structure
The sample retrieves several modules once it sets hold onto a victim machine and below is an overview:
Original Dropper
-> loader.dll injected into svchost.exe
-> client.dll and tordll.dll downloaded and injected into explorer.exe and into browsers
The main executable injects a file (loader.dll) into svchost.exe in order to download other modules which are encrypted during transport (tor.dll and client.dll) both available in 32 and 64 bits:

We can notice the “ISFB” signature within the malware code:

This piece of malware has some anti-VM features, for example, it checks on the mouse cursor:

Modules are injected into explorer.exe and try to establish a connection to an .onion address. Browsers are also injected, via client.dll as depicted below with Mozilla Firefox:

There are scores of hosts that are contacted post infection, as well as the Tor connections that trigger many ET rules as ET TOR Known Tor Relay/Router (Not Exit) Node Traffic group. 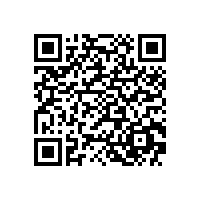