Executive Summary
Throughout the autumn of 2018 we analyzed a long-standing (and still active at that time) cyber-espionage campaign that was primarily targeting foreign diplomatic entities based in Iran. The attackers were using an improved version of Remexi in what the victimology suggests might be a domestic cyber-espionage operation. This malware has previously been associated with an APT actor that Symantec calls Chafer.
The malware can exfiltrate keystrokes, screenshots, browser-related data like cookies and history, decrypted when possible. The attackers rely heavily on Microsoft technologies on both the client and server sides: the Trojan uses standard Windows utilities like Microsoft Background Intelligent Transfer Service (BITS) bitsadmin.exe to receive commands and exfiltrate data. Its C2 is based on IIS using .asp technology to handle the victims’ HTTP requests.
Remexi developers use the C programming language and GCC compiler on Windows in the MinGW environment. They most likely used the Qt Creator IDE in a Windows environment. The malware utilizes several persistence mechanisms including scheduled tasks, Userinit and Run registry keys in the HKLM hive.
XOR and RC4 encryption is used with quite long unique keys for different samples. Among all these random keys once the word “salamati” was also used, which means “health” in Farsi.
Kaspersky Lab products detect the malware described in this report as Trojan.Win32.Remexi and Trojan.Win32.Agent. This blogpost is based in our original report shared with our APT Intelligence Reporting customers last November 2018. For more information please contact: intelreports@kaspersky.com
Technical analysis
The main tool used in this campaign is an updated version of the Remexi malware, publicly reported by Symantec back in 2015. The newest module’s compilation timestamp is March 2018. The developers used GCC compiler on Windows in the MinGW environment.
Inside the binaries the compiler left references to the names of the C source file modules used: “operation_reg.c”, “thread_command.c” and “thread_upload.c”. Like mentioned in modules file names the malware consists of several working threads dedicated to different tasks, including C2 command parsing and data exfiltration. For both the receiving of C2 commands and exfiltration, Remexi uses the Microsoft Background Intelligent Transfer Service (BITS) mechanism to communicate with the C2 over HTTP.
Proliferation
So far, our telemetry hasn’t provided any concrete evidence that shows us how the Remexi malware spread. However, we think it’s worth mentioning that for one victim we found a correlation between the execution of Remexi´s main module and the execution of an AutoIt script compiled as PE, which we believe may have dropped the malware. This dropper used an FTP with hardcoded credentials to receive its payload. FTP server was not accessible any more at the time of our analysis.
Malware features
Remexi boasts features that allow it to gather keystrokes, take screenshots of windows of interest (as defined in its configuration), steal credentials, logons and the browser history, and execute remote commands. Encryption consists of XOR with a hardcoded key for its configuration and RC4 with a predefined password for encrypting the victim’s data.
Remexi includes different modules that it deploys in its working directory, including configuration decryption and parsing, launching victim activity logging in a separate module, and seven threads for various espionage and auxiliary functions. The Remexi developers seem to rely on legitimate Microsoft utilities, which we enumerate in the table below.
Utility
Usage
extract.exe
Deploys modules from the .cab file into the working Event Cache directory
bitsadmin.exe
Fetches files from the C2 server to parse and execute commands. Send exfiltrated data
taskkill.exe
Ends working cycle of modules
Persistence
Persistence modules are based on scheduled tasks and system registry. Mechanisms vary for different OS versions. In the case of old Windows versions like XP, main module events.exe runs an edited XPTask.vbs Microsoft sample script to create a weekly scheduled task for itself. For newer operating systems, events.exe creates task.xml as follows: 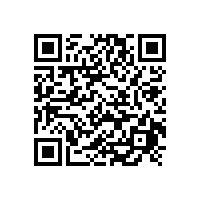