Private users
Trojan-Banker.Win32.RTM
39.50%
Trojan-Banker.Win32.Zbot
2550%
Trojan-Banker.Win32.Emotet
14.90%
Trojan-Banker.Win32.RTM
2450%
Trojan-Banker.Win32.Trickster
12.30%
Trojan-Banker.Win32.Emotet
640%
Top 3 types of financial malware found in the first half of 2019
This is different for private users: the above-mentioned RTM and Emotet occupy second and third places with 24.5% and 6.4%, respectively, and in the first place is Zbot – one of the most common Trojans of 2018. Such malware is usually spread with the help of email campaigns or through phishing sites. In the first half of 2019, Kaspersky prevented more than 339,000 attempts to switch users to phishing pages that were designed as legitimate pages of large banks.
Geography
The top 10 countries with the largest share of users attacked by financial malware do not have geopolitical similarities and are not situated in a specific region. In the first place were China and Belarus (2.3%), followed by Venezuela (2.2%) and South Korea (2.1%).
Country*
%**
China
2.30
Belorussia
2.30
Venezuela
2.20
South Korea
2.10
Serbia
1.80
Greece
1.70
Cameroon
1.60
Indonesia
1.50
Pakistan
1.50
Russia
1.40
* Countries where the number of users of Kaspersky’s security solutions is relatively small (less than 10,000) are excluded from the ranking.** The share of unique users attacked in relation to all users of Kaspersky ‘s security solutions in the country.
Top 10 countries by the proportion of unique users attacked by financial malware
Threats to mobile platforms
In the first half of 2019, attackers actively used the names of the largest financial services and banking organizations to attack mobile platform users. Researchers found 438,709 unique users attacked by mobile Trojan bankers. For comparison, in the first half of 2018, the number of attacked users was 569,057, a decrease of 23%.
The number of users attacked by financial threats for mobile platforms, H1 2018 – H1 2019
Similar cases can be seen in the table representing the total number of attacks over this period.
The number of attacks of financial threats for mobile platforms, H1 2018 – H1 2019
The number of attacked users and detected attacks peaked rapidly in the second half of 2018. 1,333,410 users were attacked and and there were 10,256,935 attacks. The reason behind this is the rapid growth in activity of the Asacub banker trojan and an increase in the distribution of the Svpeng banker trojan. As it can be seen from Kaspersky’s records during this period, the number of Asacub attacks peaked in in the second half of 2018, multiplying almost a thousand times, comparing to figures of H1 2018. However, the epidemics then calmed in H1 2019.

H1 2018
h2 2018
h1 2019
Trojan-Banker.AndroidOS.Asacub.a
476
431036
69704
Trojan-Banker.AndroidOS.Asacub.snt
182
341726
92483
Trojan-Banker.AndroidOS.Asacub.ce
0
196479
34211
Trojan-Banker.AndroidOS.Asacub.ci
0
194564
3101
Trojan-Banker.AndroidOS.Asacub.cg
0
152011
2893
Trojan-Banker.AndroidOS.Svpeng.q
84268
126316
35400
style=”text-align:center;font-style:italic;font-weight:bold”>
The influence of Asacub on the overall statistics can be clearly seen in the graph below.
The number of users attacked by Asacub banking trojan, H1 2018 – H1 2019
The overall number of detected malicious files (installation packages) has decreased since the first half of 2018: in the first half of 2019, there were 43% fewer. At the same time, researchers recorded an increase in the number of attacks, rising by 107%.
Number of malicious files for mobile platforms, H1 2018 – H1 2019
The top-five malware families for mobile platforms in the first half of 2019 is almost identical to the overall rating for 2018.
More than half (51),39% of users faced representatives of the Asacub malware, which recorded powerful growth last year. At the peak of its “popularity” this malicious software attacked up to 40,000 users per day. isThe was partly due to the Trojan distribution method; when it reached the victim’s phone, it sent messages to all its contacts with links to download the installation file.
The Asacub family is followed by the Agent family (16.75%). This is the general verdict for banking trojans that cannot be classified into particular families or are represented by only one sample.
14.91% were attacked by the Svpeng Trojan. Like most banking Trojans, Svpeng slips a false login page to the user, and then intercepts the data entered in the login and password fields.
Family
%*
Trojan-Banker.AndroidOS.Asacub
51.39
Trojan-Banker.AndroidOS.Agent
16.75
Trojan-Banker.AndroidOS.Svpeng
14.91
Trojan-Banker.AndroidOS.Faketoken
7.56
Trojan-Banker.AndroidOS.Hqwar
2.56
* The share of users attacked by a certain family of malicious programs from all users attacked by financial threats
TOP 5 financial malware families, H1 2019
The Anubis Trojan is particularly interesting: it intercepts data for access to services of large financial organizations and two-factor authentication data (scode from SMS), which encrypts the data in order to extort money. It is one of the few banking Trojans that spreads via instant e messaging apps, such as WhatsApp, and sends a link to the victim’s contact list. Anubis is known to be one of the first threats in which comments on the YouTube platform were used as a command centre – a platform from which attackers manage malware. This usually works in the following way: malware writers create a video on Youtube and write a description or comment containing a command. Malware then connects to this video page, reads the description or comment and executes the command.
This happened in this way because Youtube is a public resource, so when one analyzes an infected user’s traffic, and sees a YouTube link in the list of accessed pages, even a cybersecurity expert may not consider it suspicious. They could even be unaware that those requests were not sent by the user but instead by malware. Moreover, such communication can not be blocked as there the user could be blocked from accessing the entire YouTube website.
Conclusion and recommendations
In the first half of 2019, researchers recorded an increase in the number of users attacked by financial malware for personal computers compared to the same period in 2018, and a decrease in the activity of cybercriminals targeting mobile platforms.
The main families of malware that attacked users in 2019 remained the same: for mobile platforms, the leaders turned out to be the Asacub family, and for PC RTM (for corporate users) and Zbot (for private users) trojans were the most prolific.
It was not possible to single out specific geographic locations where financial threats are most active, since they turned out to be approximately equal for users in all regions.
To protect against financial threats, Kaspersky recommends that users:
Install applications only from trusted sources – such as official stores;
Check what access rights and permissions the application requests – if they do not correspond to what the program is designed to do then it should be questioned;
Do not follow links in spam messages and do not open documents attached to them;
Use a reliable security solution, including on mobile devices.
To protect your business from financial malware, Kaspersky security specialists advise:
Introducing cybersecurity awareness training for your employees, particularly those who are responsible for accounting, to teach them how to distinguish phishing attacks: do not open attachments or click on links from unknown or suspicious addresses
Installing the latest updates and patches for all of the software you use
Forbidding the installation of programs from unknown sources
For endpoint level detection, investigation and timely remediation of incidents, implement an EDR solution such as Kaspersky Endpoint Detection and Response. It can even catch unknown banking malware
Integrating Threat Intelligence into your SIEM and security controls in order to access the most relevant and up-to-date threat data 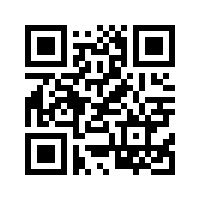