Contrary to what is sometimes suggested, Macs are definitely not virus-proof, nor do they have flawless security. Since 2018, famous malware attacks on Macs have included CookieMiner, CrescentCore, Crossrider, aka OSX/Shlayer, Linker, LoudMiner (aka Bird Mine), MaMi, Mshelper, NetWire and Mokes, NewTab. Added to this, there was High Sierra issue (people could access the root without a password), the iCloud Keychain vulnerability exploit and the issue with Zoom allowing Mac users to be added to video calls without their permission and to have their webcam activated. Admittedly this last was not purely Apple’s fault, but that would probably have been of little comfort to the Mac users involved.

Macs are premium devices which makes them attractive targets

Microsoft Windows is, by far, the world’s most popular operating system (in terms of user numbers). It is therefore the system to attack if your aim is to cause utter mayhem, as aptly demonstrated by the WannaCry attack of 2017. If, however, your aim is to extract money from people in an effective but discreet manner, then it makes far more sense to attack Macs because they are premium devices, which means that the people who own them are very likely to have money. This is not remotely guaranteed with Windows PC which, these days, are essentially commodities.

Windows is upping its security game

Over recent years, Microsoft has really been upping its security game. This is obviously very welcome news for Windows users but it is not necessarily good news for Mac users. Basically, the harder it becomes to attack Windows PCs, the more attractive it may become to attack Macs instead. This is not the way to cause widespread chaos, but it is the way to increase the likelihood that your victim will be someone with money and hence, literally, a more valuable target.

The best antivirus products for Macs do more than just scan downloads for potential threats. They monitor the computer in real time, to see if there is any activity which could constitute a danger to the user. This is particularly relevant when surfing the internet, which, these days, probably constitutes a fair percentage of computer use. Good antivirus products for Macs will check links for safety and alert users when they appear to be at risk of being redirected to an unsafe site. They will also alert users when they appear to be on the point of entering personal information into a risky site. In other words, even if you still believe that Macs themselves are completely secure, in spite of all the evidence to the contrary, then you can still acknowledge that even the most intelligent and internet-aware of users can pose a threat to themselves by their own behavior, especially if they’re busy, tired, or just distracted.

These days, if you are attacked by a virus, about the best you can hope for is to need to spend a lot of time and/or money, cleaning out your computer to get it back to where it was before. The worst-case possibilities are, sadly, endless. A YouTuber recently lost control of three channels he had spent years developing because he installed malware on his computer. Admittedly this was on a PC, but it demonstrates what could happen and, arguably, this is not even remotely close to the worst that could have happened. If your identity is compromised, then you could face all kinds of dire consequences, including being innocently embroiled in criminal activity. In short, the money spent on purchasing the best possible antivirus for your Mac is essentially a very affordable insurance policy against the sort of damage malware can do.

A rising tide floats all boats

Quite bluntly, both the breadth and the depth of digital security threats are increasing all the time. That means that no operating system can be considered a “safe harbor”. While MacOS may indeed be the safest operating system currently available, it still needs to be supported with dedicated security protection and the fact that Macs are premium devices which are often used for the most essential of purposes (such as running a business) means that they need the absolute best antivirus product.

Now that you’ve invested in a Mac, you’ll want to give it the sort of premium-standard protection it deserves. Comodo antivirus has everything it takes to keep you safe online and it’s available at a price everyone can afford. Get it now from Comodo.

The post Five reasons why you need the best antivirus for your Mac appeared first on Comodo Antivirus Blogs | Anti-Virus Software Updates. 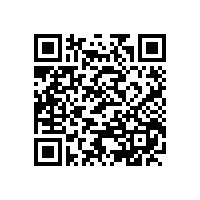