“BRATA” is a new Android remote access tool malware family. We used this code name based on its description – “Brazilian RAT Android”. It exclusively targets victims in Brazil: however, theoretically it could also be used to attack any other Android user if the cybercriminals behind it want to. It has been widespread since January 2019, primarily hosted in the Google Play store, but also found in alternative unofficial Android app stores. For the malware to function correctly, it requires at least Android Lollipop 5.0 version.
The cybercriminals behind BRATA use few infection vectors. For example, they use push notifications on compromised websites; and also spread it using messages delivered via WhatsApp or SMS, and sponsored links in Google searches.
The first samples we found in the wild date to January and February 2019, while so far over 20 different variants have appeared in the Google Play Store, the majority of these pose as an update to the popular instant messaging application WhatsApp. The CVE-2019-3568 WhatsApp patch is one of the topics abused by BRATA threat actor. Once a victim’s device is infected, “BRATA” enables its keylogging feature, enhancing it with real-time streaming functionality. It uses Android’s Accessibility Service feature to interact with other applications installed on the user’s device.

COMMAND
DESCRIPTION
Start/Stop Streaming
Capture and send user’s screen output in real-time.
Turn Off/Fake Turn Off
Can be used to turn off the screen or give the user the impression that the screen is off while performing actions in the background.
Device Information
Retrieves Android system information, logged user and their registered Google accounts, but missing permissions to properly execute the malware, and hardware information.
Request Unlock/Unlock Device
Request the user to unlock the device or perform a remote unlock.
Start Activity
Launch any application installed with a set of parameters sent via a JSON data file.
Send Text
Send a string of text to input data in textboxes.
Launch/Uninstall
Launch any particular application or uninstall the malware and remove traces of infection.
It is worth mentioning that the infamous fake WhatsApp update registered over 10,000 downloads in the official Google Play Store, reaching up to 500 victims per day.
Kaspersky products detect this family as “HEUR:Backdoor.AndroidOS.Brata”
In general, we always recommend carefully review permissions any app is requesting on the device. It is also essential to install an excellent up-to-date anti-malware solution with real-time protection enabled.
Reference md5 hashes:
1d8cf2c9c12bf82bf3618becfec34ff7
4203e31024d009c55cb8b1d7a4e28064
4b99fb9de0e31004525f99c8a8ea6e46
To get a complete list of IoCs along with YARA rules, please visit Kaspersky Threat Intelligence Portal https://tip.kaspersky.com/ 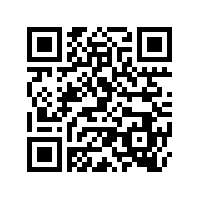