I’m not a huge fan of stories about stories, or those that explore the ins and outs of reporting a breach. But occasionally I feel obligated to publish such accounts when companies respond to a breach report in such a way that it’s crystal clear they wouldn’t know what to do with a data breach if it bit them in the nose, let alone festered unmolested in some dark corner of their operations.

And yet, here I am again writing the second story this week about a possibly serious security breach at an Indian company that provides IT support and outsourcing for a ridiculous number of major U.S. corporations (spoiler alert: the second half of this story actually contains quite a bit of news about the breach investigation).

On Monday, KrebsOnSecurity broke the news that multiple sources were reporting a cybersecurity breach at Wipro, the third-largest IT services provider in India and a major trusted vendor of IT outsourcing for U.S. companies. The story cited reports from multiple anonymous sources who said Wipro’s trusted networks and systems were being used to launch cyberattacks against the company’s customers.

Wipro asked me to give them several days to investigate the request and formulate a public comment. Three days after I reached out, the quote I ultimately got from them didn’t acknowledge any of the concerns raised by my sources. Nor did the statement even acknowledge a security incident.

Six hours after my story ran saying Wipro was in the throes of responding to a breach, the company was quoted in an Indian daily newspaper acknowledging a phishing incident. The company’s statement claimed its sophisticated systems detected the breach internally and identified the affected employees, and that it had hired an outside digital forensics firm to investigate further.

Less than 24 hours after my story ran, Wipro executives were asked on a quarterly investor conference call to respond to my reporting. Wipro Chief Operating Officer Bhanu Ballapuram told investors that many of the details in my story were in error, and implied that the breach was limited to a few employees who got phished. The matter was characterized as handled, and other journalists on the call moved on to different topics.

At this point, I added a question to the queue on the earnings conference call and was afforded the opportunity to ask Wipro’s executives what portion(s) of my story was inaccurate. A Wipro executive then proceeded to read bits of a written statement about their response to the incident, and the company’s chief operating officer agreed to have a one-on-one call with KrebsOnSecurity to address the stated grievances about my story. Security reporter Graham Cluley was kind enough to record that bit of the call and post it on Twitter.

In the follow-up call with Wipro, Ballapuram took issue with my characterization that the breach had lasted “months,” saying it had only been a matter of weeks since employees at the company had been successfully phished by the attackers. I then asked when the company believed the phishing attacks began, and Ballapuram said he could not confirm the approximate start date of the attacks beyond “weeks.”

Ballapuram also claimed that his corporation was hit by a “zero-day” attack. Actual zero-day vulnerabilities involve somewhat infrequent and quite dangerous weaknesses in software and/or hardware that not even the maker of the product in question understands before the vulnerability is discovered and exploited by attackers for private gain.

Because zero-day flaws usually refer to software that is widely in use, it’s generally considered good form if one experiences such an attack to share any available details with the rest of the world about how the attack appears to work — in much the same way you might hope a sick patient suffering from some unknown, highly infectious disease might nonetheless choose to help doctors diagnose how the infection could have been caught and spread.

Wipro has so far ignored specific questions about the supposed zero-day, other than to say “based on our interim investigation, we have shared the relevant information of the zero-day with our AV [antivirus] provider and they have released the necessary signatures for us.”

My guess is that what Wipro means by “zero-day” is a malicious email attachment that went undetected by all commercial antivirus tools before it infected Wipro employee systems with malware.

Ballapuram added that Wipro has gathered and disseminated to affected clients a set of “indicators of compromise,” telltale clues about tactics, tools and procedures used by the bad guys that might signify an attempted or successful intrusion.

Hours after that call with Ballapuram, I heard from a major U.S. company that is partnering with Wipro (at least for now). The source said his employer opted to sever all online access to Wipro employees within days of discovering that these Wipro accounts were being used to target his company’s operations.

The source said the indicators of compromise that Wipro shared with its customers came from a Wipro customer who was targeted by the attackers, but that Wipro was sending those indicators to customers as if they were something Wipro’s security team had put together on its own.

-Ignore reporter’s questions for days and then pick nits in his story during a public investor conference call.
-Question the stated timing of breach, but refuse to provide an alternative timeline.
-Downplay the severity of the incident and characterize it as handled, even when they’ve only just hired an outside forensics firm.
-Say the intruders deployed a “zero-day attack,” and then refuse to discuss details of said zero-day.
-Claim the IoCs you’re sharing with affected clients were discovered by you when they weren’t.

WHAT DID THE ATTACKERS DO?

The criminals responsible for breaching Wipro appear to be after anything they can turn into cash fairly quickly. A source I spoke with at a large retailer and Wipro customer said the crooks who broke into Wipro used their access to perpetrate gift card fraud at the retailer’s stores.

I suppose that’s something of a silver lining for Wipro at least, if not also its customers: An intruder that was more focused on extracting intellectual property or other more strategic assets from Wipro’s customers probably could have gone undetected for a much longer period.

A source close to the investigation who asked not to be identified because he was not authorized to speak to the news media said the company hired by Wipro to investigate the breach dated the first phishing attacks back to March 11, when a single employee was phished.

The source said a subsequent phishing campaign between March 16 and 19 netted 22 additional Wipro employees, and that the vendor investigating the incident has so far discovered more than 100 Wipro endpoints that were seeded with ScreenConnect, a legitimate remote access tool sold by Connectwise.com. Investigators believe the intruders were using the ScreenConnect software on the hacked Wipro systems to connect remotely to Wipro client systems, which were then used to leverage further access into Wipro customer networks.

Additionally, investigators found at least one of the compromised endpoints was attacked with Mimikatz, an open source tool that can dump passwords stored in the temporary memory cache of a Microsoft Windows device.

The source also said the vendor is still discovering newly-hacked systems, suggesting that Wipro’s systems are still compromised, and that additional hacked endpoints may still be undiscovered within Wipro.

Wipro has not yet responded to follow-up requests for comment.

I’m sure there are smart, well-meaning and capable people who care about security and happen to work at Wipro, but I’m not convinced any of those individuals are employed in leadership roles at the company. Perhaps Wipro’s actions in the wake of this incident merely reflect the reality that India currently has no laws requiring data owners or processors to notify individuals in the event of a breach.

Overall, I’m willing to chalk this entire episode up to a complete lack of training in how to deal with the news media, but if I were a customer of Wipro I’d be more than a little concerned about the tone-deaf nature of the company’s response thus far.

As one follower on Twitter remarked, “openness and transparency speaks of integrity and a willingness to learn from mistakes. Doing the exact opposite smacks of something else entirely.”

In the interests of openness, here are some indicators of compromise that Wipro customers are distributing about this incident (I had to get these from one of Wipro’s partners as the company declined to share the IoCs directly with KrebsOnSecurity). 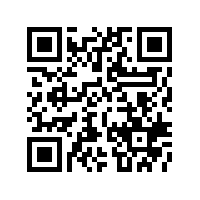