Snake, also known as Turla and Uroburos, is backdoor malware that has been around and infecting Windows systems since at least 2008. It is thought to be Russian governmental malware and on Windows is highly-sophisticated. It was even seen infecting Linux systems in 2014. Now, it appears to have been ported to Mac. Fox-IT International wrote … END_OF_DOCUMENT_TOKEN_TO_BE_REPLACED

In 2015, the game Clash of Clans was bringing in about 1.5 million dollars per day for its developer, Supercell. Later on, the company launched a new project, Clash Royale, after addressing the flaws of their first game and implementing battles with real players into the new game, which shares the same characters and the … END_OF_DOCUMENT_TOKEN_TO_BE_REPLACED

There’s a lot of very unique, creative, and devastating cyber threats out there. The first inclination of a defender is to collect news of the new and terrifying and concentrate on network security defenses accordingly. This is completely understandable and mostly wrong. The majority of actual attacks, rather than proofs of concept, use simple and … END_OF_DOCUMENT_TOKEN_TO_BE_REPLACED 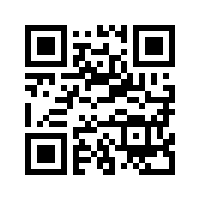